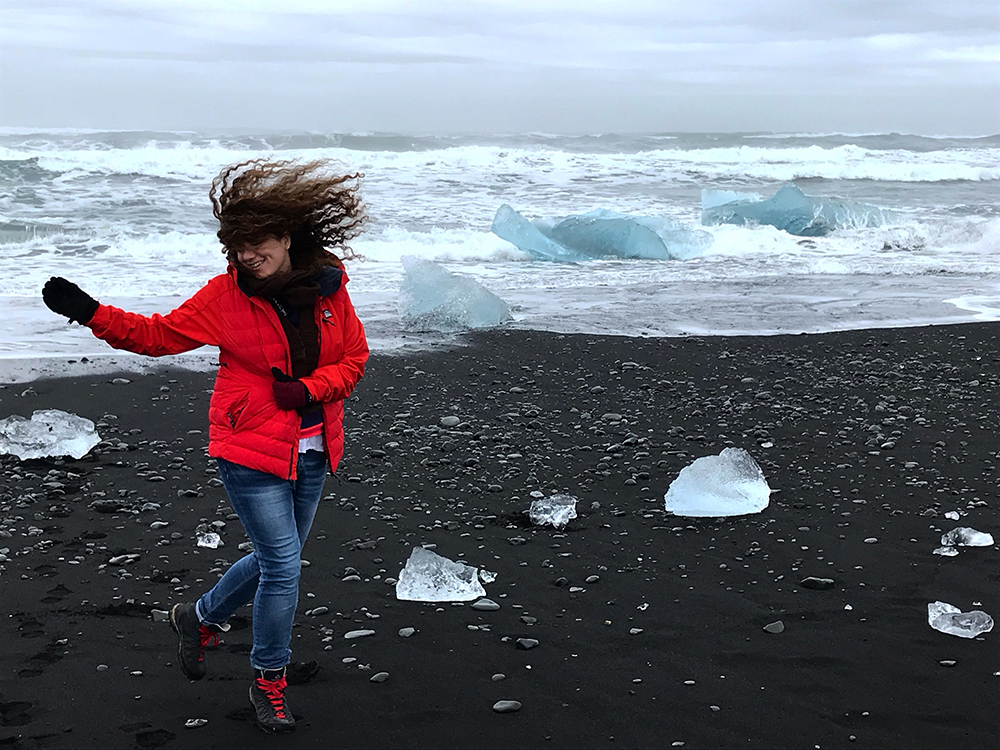 Simone Guimaraes was born in Rio de Janeiro, Brazil, and immigrated to Canada in 2007. She discovered her passion for the visual arts while attending an elective high school photography class. As part of an exercise, students had to colour black and white photos with pastels, which led her to experiment with mixed media for the first time. From 1996 to 1999, Simone studied painting at the School of Visual Arts, Parque Lage (EAV Parque Lage, Rio). She dedicated the next seven years of her career working in the Arts Department of the British Council, where she had the opportunity to work with groundbreaking artists and curators from both the UK and Brazil. In 2002 she received a curating certificate from Central Saint Martins College of Art and Design (London, UK).

After moving to Canada, Simone took a break from the art world and inadvertently gained experience in charity work – now a critical backbone to her art practice. In 2013, she studied with Canadian artist, critic and OCAD teacher, Pete Smith, and in 2016 became a participating member of the arts community in Toronto.

Simone’s early influences come from the De Stijl art movement, use of primary colours, geometric forms, and Frida Kahlo’s political activism and love for animals. Viewing art as a means of social and environmental consciousness, she explores the beauty of wildlife, nature and humans. Her mixed media technique is a connection between technology and craft. Much like the causes she explores and their interconnection, what starts as a drawing takes shape digitally just to return to its analog state with acrylic, ink and other fine art mediums.  In a world of high-tech/ low-touch society, the artist conveys the importance human touch still holds in a technological driven culture, purposely interrupting the digital process as a reminder that we have to “physically” do more to coexist with wildlife, nature and each other.

Simone also believes in giving back. Since 2017, her work has been selected to be part of the Toronto Wildlife Centre’s Wild Ball Gala in support of their rescue work. During this time, she has also been a participating artist in StopGap Foundation art auction event, Ramp Up, in support of an inclusive and barrier free society for those living with disabilities. Ten per cent from sales of her work is donated to organizations around the world. Since 2016, the following have been recipients of this initiative: Rhinos Without Borders, Oceana, UNHCR, WWF, Friends of the Earth (FOE), Survival International, Polar Bears International, Australian Koala Foundation, Toronto Wildlife Centre, Canadian Wildlife Federation, International Elephants Foundation, Orangutan Foundation International, Sea Change Project and The Dian Fossey Gorilla Fund International.

Simone currently works from her home studio in Toronto, Canada.

In the Round IV
Nov 2-27
Graven Feather, Toronto, Canada